The Case of the Sparkly Slipper

Looking at the year ahead, there’s a lot to look forward to at Five Quills HQ. First up, it’s the third instalment of the Sky Private Eye picture book series, out this spring. Sky Private Eye and The Case of the Sparkly Slipper by Jane Clarke, illustrated by Loretta Schauer, is a Cinderella story with a fancy dress twist. We meet the Prince at his Fancy Dress Ball, the winner of the best costume prize has vanished, but she’s left behind a sparkly slipper. Sky Private Eye combines her baking and detective skills to solve the mystery. I sat down with illustrator Loretta Schauer to get a first look at some of the illustrations from the new book and talk fairy tale characters in fancy dress.

The fancy dress ball scene (above) is a feast for the eyes, how did you choose the fancy dress costumes for all the fairy tale characters? 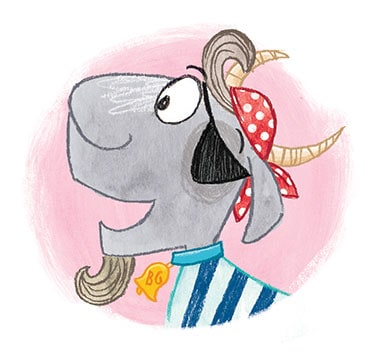 What was important to you when thinking about how you wanted the costumes to look?

I hope it will encourage kids to make their own outfits, as making them is all part of the fun.

The Big Bad Wolf, the Three Little Pigs, Jack and the Beanstalk and the Billy Goats Gruff all make appearances. What inspiration did you draw upon to recreate these iconic characters? 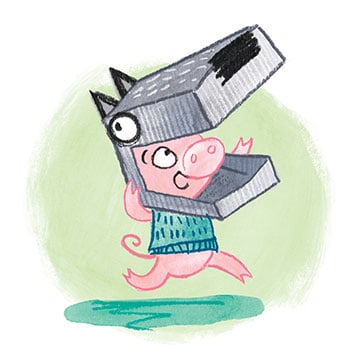 The stories in the Sky Private Eye series often feature a little twist to the traditional fairytales so it was fun shifting the character traits around for their fancy dress outfits too. Having the Big Bad Wolf dressed up as Bo Peep and the Three Little Pigs running about pretending to be the Big Bad Wolf gave them different roles and makes you look twice to see who’s who behind the costume.

I also tried to include dressing up costumes that are popular with children, I thought the Billy Goats Gruff were perfect pirates and green-fingered Jack would enjoy dressing up as a beanstalk.

Cinderella’s costume is a showstopper and deserving winner of the Prince’s prize, how did her outfit come to life?

Cinderella’s costume took time to get right. At first, I drew her as an astronaut with her visor down, to hide her face, as the mystery of her identity is important to the plot. I was inspired by the British astronaut, Tim Peake, following his stint on the International Space station which had just happened as I was illustrating the book.

I wanted to break from the traditional role of what girls can aspire to be. I also had images of David Bowie’s Star Man in mind and brought a lot of that energy to the early illustrations. This evolved into the final sparkly rocket-powered astro dress you will see in the book.

If Sky Private Eye were to choose a fancy dress costume, what do you think she’d wear?

I think Sky would come in a spectacular cake themed costume with Snuffles as a macaroon. 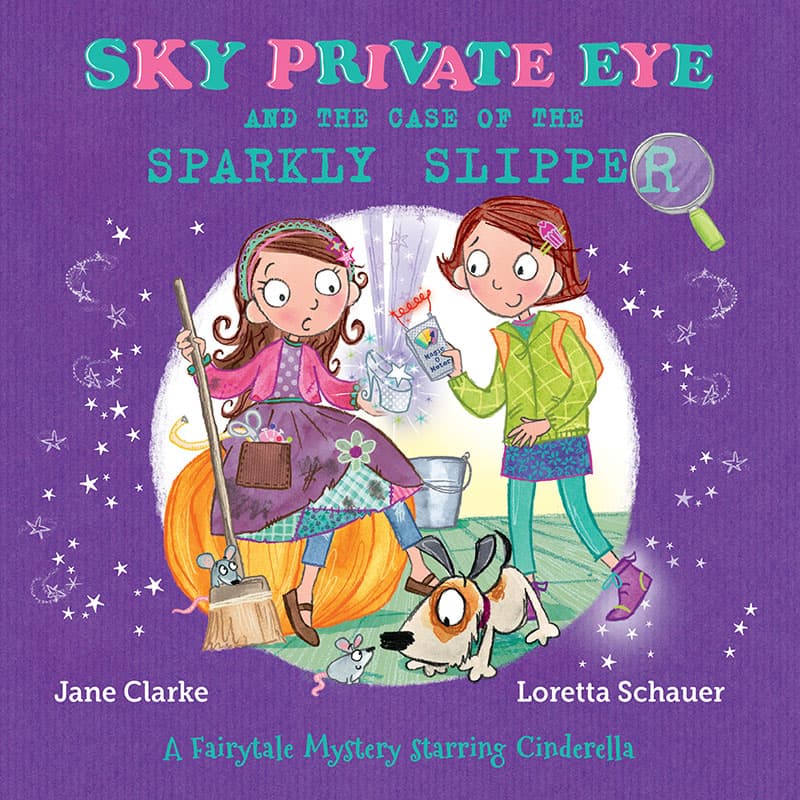 Sky Private Eye and The Case of the Sparkly Slipper, by Jane Clarke and illustrated by Loretta Schauer, comes out in March 2018.